Lawyers, Get Over Yourselves

Yet again, a lawyer more concerned with self-image than the success of his practice.

Just the other week my team was working with an attorney who said all the right words. He wanted to grow his practice. Knew it was time for an investment in himself, and his business. So we started working with him on his marketing.

And then, it happened.

The thing is, you're never really sure who will be afflicted with the disease. Who starts out with promise, then ends up on a road to nowhere. Because we lawyers, we all know the right words.

We know we're supposed to be successful, so we say we want to be. And many will even say they want to run a thriving, profitable law practice that supports them as owners.

But as hard as my team tries to separate the ones who really, truly want a better practice from those just going through the motions, occasionally one slips through.

Well, he wasn't sure that he wanted a real business. Now, of course he didn't say it that way. The words were different. But that's what he was saying.

Related: How I Built a 7-Figure Law Firm by Ignoring What Everyone Else Was Doing

Each time you hear it, it's a little different. But it's the same. "I'm not sure that my clients would want to read this kind of marketing." "It just doesn't fit with my firm's image." "My clients are different, it won't work that way."

Translation, for every one of those? "Now that I see what effective marketing looks like, I don't think my ego can take it."

To be clear: we're not talking about Better Call Saul billboards or TV spots here. We're talking about expertise articles, written by a team of professionals, and an editorial team headed by an attorney (more than half our staff are attorneys themselves).

I'll grant you, the articles this attorney was commenting on aren't what you've probably seen in most lawyer marketing. For a reason – because those don't work, and these do. The specifics of how we architect the pieces, how we test effectiveness (which is double industry average), and the like are, well, proprietary – but the point is that this stuff works.

To the untrained eye, they look too... simple.

The English was straightforward. The fact patterns woven into stories a little too easy to read. It didn't seem like dense legal marketing. And what's with the campaign timing? That's not what other lawyers do.

And all that, that being different, made him uncomfortable. Why?

Because he cared more about his self-image than what *works.*

He finally realized that marketing that actually moves the needle, that grows practices, isn't about being a self-important citation-wielding attorney.

All this was self-image. His ego talking.

The other night I had a dinner with my friend Susan (not her real name. Her real name is Sharon). We've known each other for over a decade. And she was ribbing me about my marketing. About articles, like this.

Related: Stop Learning From Other Lawyers

It's hard not to let it get under your skin. To think maybe you should tone it down. To not be so different.

Until you remember that being another zebra in the herd is the way to not get noticed.

In other words, marketing suicide. Death by ineffectiveness.

And the funny thing is, it does get under my skin a little. After all, I'm an introvert. Is this how I'd normally communicate? Maybe not. OK, probably not. I wouldn't naturally be writing as much as I do. Or sharing as much about how I really think as I do.

Like all of us, I'd probably end up doing between little and none. And the little would be wimpy. Ignorable.

Because that's the *safe* thing to do. Sound like everyone else. Just like mom told you, don't make a fuss.

But here's the thing. If you have a message, if you have a service that can truly change your clients' lives for the better, who's it helping if you blend into the wallpaper?

If you don't matter, then by all means, do marketing that doesn't matter, either. Tree falling in the forest, and all that.

But I choose marketing that works, not marketing for my self-image.

And guess what? I have the business to show for it.

I know that marketing isn't about my ego. It isn't about me. It's about you. You, who are reading this. Who's investing time to better your business.

It's my responsibility to write, speak, present in ways that are most effective for you. Not me. You.

And to those of you who read what we create, some will decide that taking the next step makes sense. Will be spurred into action to (finally) create a better law practice. Will everyone? No, of course not. Some will gain insight just from the value we put out there for free.

But we'd make a fraction of the difference we are now if we marketed like everyone else.

And if I cared more about my precious self-image than effectively communicating with those we want to help, all of us would be the worse for it.

Instead, I opt for effectiveness. And in the span of under two years, we have a readership in the thousands, and are making a real difference in the lives of my colleagues.

Now, back to this attorney who's battling the demons of self-image. What's going to happen? Well, as I write this I'm not actually sure. I hope he chooses wisely. That he realizes that marketing isn't about him, it's about giving value to his audience. An audience which doesn't use the fancy-pants lawyerese he sees his peers use.

An audience he should connect with, educate, build trust, and give value to. In their language, not his.

That is, I hope he chooses effectiveness over ego.

I get the struggle. We're a self absorbed lot, us lawyers. Trained to Pavlovian responses towards pedigree, titles, bullshit committee chairmanships, and all other things self-important.

We can keep caring more about ourselves than our business or our clients. And fail to make a dent in the world.

But I opt for effectiveness. 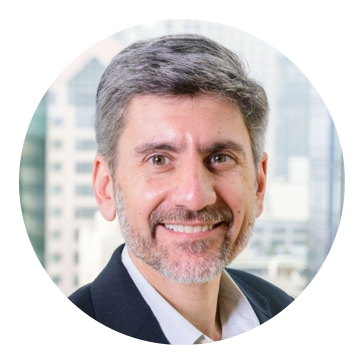